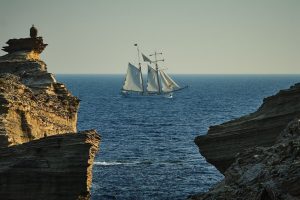 It’s who you really are. Are you the same from 7 years back? When you look back, why the heck can’t you remember the past. It’s because you’re shit. No! I was kidding. You come back and read this line after reading the thesis.

Once there was a ship which was sailed by the great hero Theseus. It became old and was kept in a museum. The ship started to worn out. The Museum workers decided to replace some of the parts of that ship. The replace it one by one. as time passed it became a normal activity to replace the old parts of the ship. But some brilliant guy decided to rebuild that ship with the old shit that were replaced. He made an exact same copy with the original shit it was made. Now the thought process.

Which ship is the ship of Theseus? The one standing inside the museum or the one outside the brilliant guy’s home?

Manage Cookie Consent
To provide the best experiences, we use technologies like cookies to store and/or access device information. Consenting to these technologies will allow us to process data such as browsing behavior or unique IDs on this site. Not consenting or withdrawing consent, may adversely affect certain features and functions.
Manage options Manage services Manage vendors Read more about these purposes
View preferences
{title} {title} {title}